When Joe Carbery was signed to a development contract with the world’s largest professional wrestling company, the publicly traded entertainment behemoth, WWE, he had dreams of joining the select group of ‘Sports Entertainers’ who make vast sums of money travelling the world doing something they love. After relocating from Dublin to Orlando, Joe was dogged by injury, and became disheartened by the gruelling schedule and cut-throat politics of WWE. In this interview, Joe tells YOUTH about leaving the company, returning to Ireland and deciding to set up his own promotion, Over The Top Wrestling, determined to give wrestling fans an alternative product, and wrestlers a place where they could hone their craft, free from locker room politics.

“I had travelled all over the world wrestling, and especially in England and Germany, they had these promotions that catered to wrestling fans that want to see a better standard of wrestling,” says Joe, explaining why he decided to set up OTT. “I wanted to see if there were wrestling fans that would be into seeing a promotion in Ireland that would showcase some of the best wrestlers in the world.” Indeed, while many of Joe’s regular roster is Irish, wrestlers travel from Europe and the US to take part in the monthly shows in Dublin’s Tivoli Theatre, which regularly see sell-out crowds of over 500 rabid fans.

“The Fringe Fest, which is on September 10th, will hold closer to 600 people and we’re hoping to sell that out, as well. We sold that out last year which was a great achievement,” continues Joe. “Wrestling and the Theatre have a lot of crossover. Our fan base grew so much after the last Fringe Festival, some non-wrestling fans who saw us at the Fringe last year haven’t missed a show since.”

For the uninitiated, whose only knowledge of pro-wrestling is Hulk Hogan ‘saying his prayer and taking his vitamins,’ the comparison with Theatre might seem strange, but a professional wrestling show is a combination of simple storytelling, incredibly athletic performance art, improvisation and crowd interaction, and at its very best, it transcends all this to become something altogether unique. OTT have managed to transcend a regular wrestling event and they’re selling out shows in a matter of days… because they’re unique.

Take, for example, their last show: pro wrestling isn’t necessarily known as the most progressive form of entertainment, but Joe took another unexpected step when OTT held a show entitled A Matter Of Pride on the weekend of Dublin Pride.

“We try and embrace as many things as we possibly can. We’ve guys on our roster that are in the gay community. I just thought it would be a fun thing to do a show that embraced Pride,” says Joe. “I think WWE’s shows are so stale right now and people are looking for alternatives. The WWE is tied into a PG era where they have to cater to kids because of their sponsors and it’s hurt them with the adult fan base who want shows that don’t insult their intelligence.” 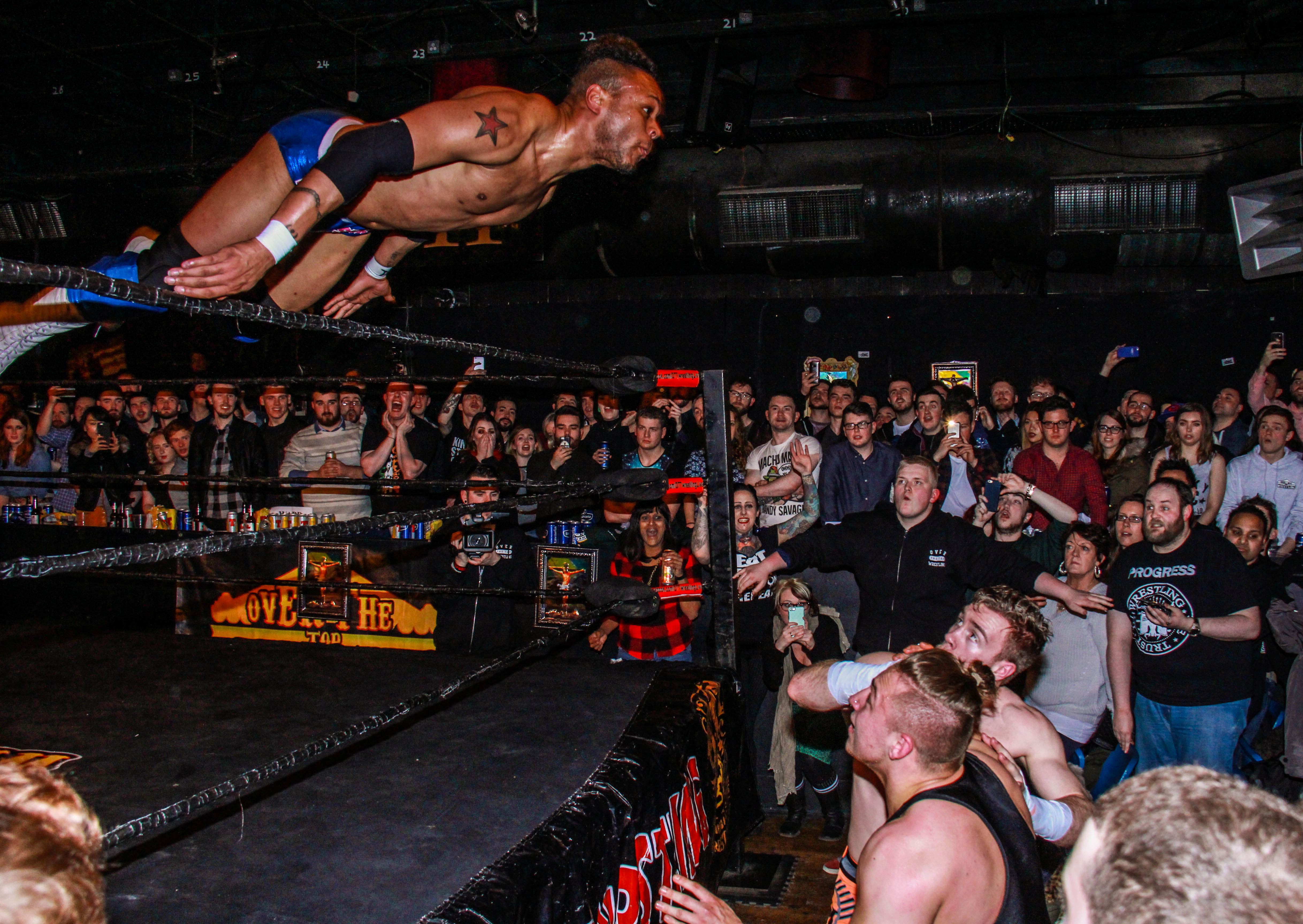 As a form of entertainment, Pro Wrestling is relatively new to Ireland (roughly 12 years), but as a small nation we’ve already produced three of the best wrestlers in the world in WWE’s Sheamus, Becky Lynch and Finn Balor. Having been to the WWE himself, and returned to Ireland, Joe has a different ambition now: “Becoming a lot more mainstream, that’s the goal for OTT. I think we can. We have a good mix. We play to our performers strengths and there’s an abundance of talent here. Once people come and see a show, the majority of them are hooked.”

‘Wrestling Is Art’ takes place at the Tiger Dublin Fringe this September 10th. Tickets can be purchased here. And, you can find out more about OTT Wrestling here.

Burnt Out is a collective of young creatives from North Dublin who combine their varied skill sets to explore working class identity in a variety...

Held in Denmark, Roskilde is one of the largest music festivals in Europe. When it started in 1971, it had roughly 10,000 attendees; that’s grown...

Girl Crew is a worldwide community that helps women make new friends. It began when Girl Crew’s founder was looking for some girls to go...

The HunReal Issues is a website, social stream and movement “that addresses the issues that every hun needs to be knowin’ about”. It was started...

When the world is starting to seem so scary and divided that you’re afraid to turn on the news for fear of what you’ll see...

There is something rather peculiar about the United Kingdom that breeds youth subcultures like no other place on earth. There are, of course, countless positive...