Making your home in a former home of rest for the dying might be considered an unusual choice, however, when the founding members of the D8 Soul Club discovered this gem in the heart of old Dublin, they knew they had found something special. Hidden behind a black door in a vast stone facade, 20 Camden Row houses the subterranean time capsule that is the Dublin Conservative Club. The former Workingmen’s Club is brought back to life again this April 21st with the highlight of their social calendar The Friday Soul Collective. “Taking you on a soul journey from sweet exuberance to empty despair and back again,” D8 Soul Club puts on a night that is sure to keep you on your toes.

The idea for the D8 Soul Club came, as most great things do, after a few jars. Barney, one of the founders of D8 Soul Club, describes it well, “We just had a drink together and thought it would be lovely to set up a soul club. So, the next morning we had to see if we could actually make it a reality.”

We like their thinking. Great ideas are always hatched up on a night out, but clear (hungover) heads are more practical for big decisions. Their tagline is “No boundaries, no definitions,” which means that everybody is welcome and everybody that goes always takes part.

“There is a real sense of community, which is really important because the soul community in Ireland is very well established.” The guys at D8 Soul Club don’t feel they are in direct competition with similar events. “We bring new music to new people, who in turn attend other soul events across the city and beyond. We are just doing something that we love and people seem to be enjoying it. It’s a nice coming together.”

The venue is something worth talking about, because it acts as a way to both facilitate the night, but also to transport people to a different era. They started the night in MVP: “We didn’t think anyone would come along, but we had a full house on the first night. The feedback we got was people wanted to dance and there wasn’t enough room.”

So, they did this amazing thing called listening, and went on the hunt for a new venue. “I found this reference, on some almost dead website, to the Dublin Conservative Club. So, I phoned them up and left a message, and two days later I get a call asking, ‘Did you mean to leave a message?' And, since then, it's become our home. It’s a great space right in the heart of where we want to be, but most people don’t know it exists.” 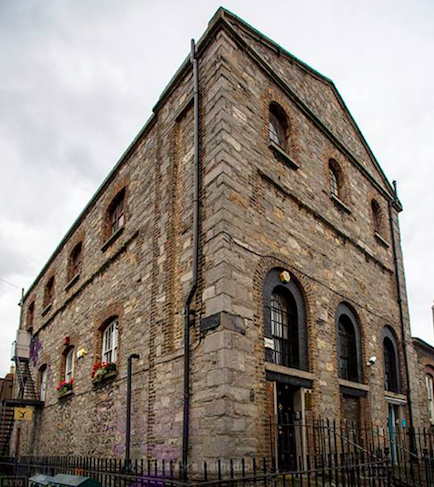 Secret, unknown and in a basement, that’s the kind of thrill you want in a night out. And with an average of 100 people on a given night, you are sure to enjoy the experience a lot more. With all the tables pushed back or removed there is plenty of room to dance.

These people love to dance, but don’t worry if you don’t know the moves. “We’ve got amazing dancers who come along and dance, but if you’re like me and you can’t dance then that’s just fine.”

D8 Soul Club is all about straight up vinyl. And, while there may be an elitist assumption that people put on vinyl collectors, these guys are far from it. “Some DJs have been collecting since the 70s and it’s wonderful. I mean, it’s living history really. It’s a real cultural memory every time someone takes out a single from 1972. You get a real sense of who’s handled it, who’s danced to it, who made it.”

Besides their love for using original vinyl, D8 Soul Club are really about the community. “Good music is essential, but everybody always says how friendly it is.”

They are an active night, but because there are other nights like it, they don’t like to step on people’s toes and throw them every month.

There is a great mix of ages there too, “It’s very diverse… A lot of people think it’s just for older generations, but if you listen to Soul you can hear it in House and RnB, pretty much everything.”

“The DJs who play the night have gotten to know our crowd over the past year. Revellers come down from all over the country - Belfast, Cork, Limerick and even the UK in the knowledge that they will have a selection of floor filling 45s in their record boxes to keep the night moving. If you’re passionate about anything, then people feed off that passion.”

It’s clear from chatting to Barney that he loves this night, and the community that comes with it. This sense of community is something you just don’t find on the regular Dublin nightclub scene.

Despite being a vinyl fan, Barney recognises the usefulness of music streaming: “I think it’s great, Youtube is like excavation. It’s digging deeper, peeling away the layers. So it’s a great way to discover new and old tracks that people post and then collecting vinyls based on that.”

“At the moment we are looking to put a Spotify channel together. We’ve got a Youtube channel, and every now and again I create a playlist of tracks people have posted on the group page.” And D8 Soul Club understands how online collaboration contributes to the discovery of new music and new nights out that a host of people would never would have experienced before. They can also be found on Twitter and Instagram @D8SoulClub

So if you feel like escaping from the usual nightclubs, and have both left and right feet, or even two left feet, then keep an eye out for D8 Soul Club. Word to the wise, bring a pair of spare shoes, the walk home is near impossible when you can’t feel your feet.